You Will Be Assimilated: China’s Plan to Sino-Form the World (2020) 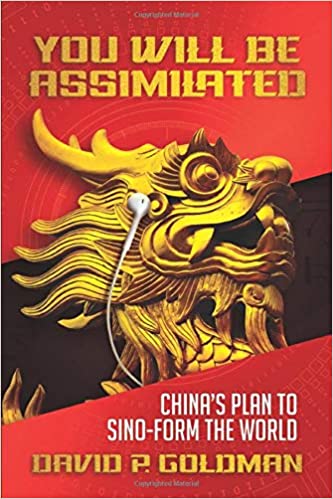 China’s 5,000 year-old empire has become the world’s largest economy, with a plan to control the decisive technologies of the 21st century—and the United States is in danger of being left behind. America has finally recognized China’s bid for world dominance—but we’re still losing ground. Domination of the next generation of mobile broadband is just the tip of the spear. Like the Borg in Star Trek , China will assimilate you into a virtual empire controlled by Chinese technology. China is taking control of the Fourth Industrial Revolution—the economy of artificial intelligence and quantum computing—just as America dominated the Third Industrial Revolution driven by the computer. Long in planning, China’s scheme erupted into public awareness when it emerged as the world leader in 5G internet. America is on track to become poor, dependent, and vulnerable—unless we revive the American genius for innovation. Trade wars and tech boycotts have failed to slow China’s plans. David P. Goldman watched China unfold its imperial plan from the inside, as an investment banker in China and strategic consultant, and as a principal of a great Asian news organization, the Asia Times. This is an eyewitness, firsthand account of the biggest turning point in world affairs since the Second World War, with a clear explanation of what it means for America and for you—and what America can do to remain the world’s leading superpower.