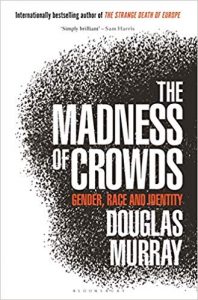 The Madness of Crowds: Gender, Race and Identity (2019) 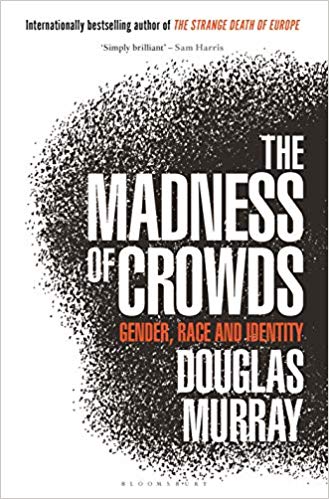 In his devastating new book The Madness of Crowds, Douglas Murray examines the twenty-first century’s most divisive issues: sexuality, gender, technology and race. He reveals the astonishing new culture wars playing out in our workplaces, universities, schools and homes in the names of social justice, identity politics and intersectionality.

We are living through a postmodern era in which the grand narratives of religion and political ideology have collapsed. In their place have emerged a crusading desire to right perceived wrongs and a weaponization of identity, both accelerated by the new forms of social and news media. Narrow sets of interests now dominate the agenda as society becomes more and more tribal–and, as Murray shows, the casualties are mounting.

Readers of all political persuasions cannot afford to ignore Murray’s masterfully argued and fiercely provocative book, in which he seeks to inject some sense into the discussion around this generation’s most complicated issues. He ends with an impassioned call for free speech, shared common values and sanity in an age of mass hysteria.