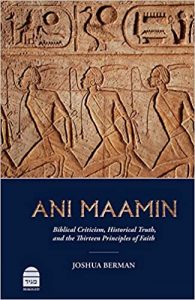 Ani Maamin: Biblical Criticism, Historical Truth, and the Thirteen Principles of Faith
Joshua Berman
For two centuries the academic study of the Bible has… Read more

The Great Debate: Edmund Burke, Thomas Paine, and the Birth of Right and Left (2013) 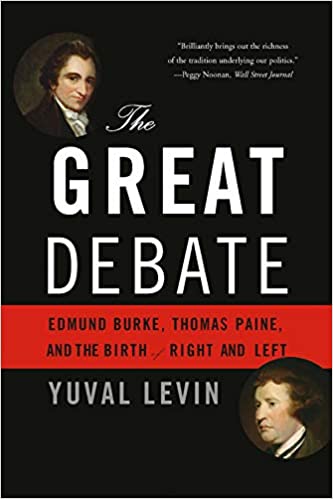 An acclaimed portrait of Edmund Burke, Thomas Paine, and the origins of modern conservatism and liberalism

In The Great Debate, Yuval Levin explores the roots of the left/right political divide in America by examining the views of the men who best represented each side at its origin: Edmund Burke and Thomas Paine. Striving to forge a new political path in the tumultuous age of the American and French revolutions, these two ideological titans sparred over moral and philosophical questions about the nature of political life and the best approach to social change: radical and swift, or gradual and incremental. The division they articulated continues to shape our political life today.

Essential reading for anyone seeking to understand the basis of our political order and Washington’s acrimonious rifts today, The Great Debate offers a profound examination of what conservatism, progressivism, and the debate between them truly amount to.