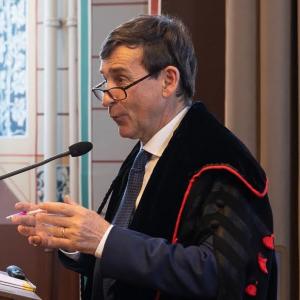 Matthias E. Storme is a full professor of law at the Catholic University of Leuven (especially European and comparative private law) and a practicing lawyer in Belgium. As a public intellectual, he considers himself a conservative in the tradition of Burke, defending a strong civil society based on fundamental liberties.

Mathhias Storme gave a speech titled: The True Meaning of the “Rule of Law”