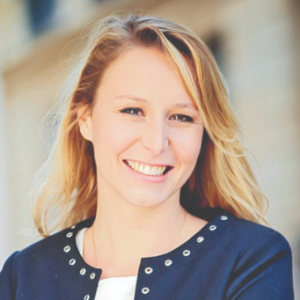 Marion Marechal is the director of the Institute of Social, Political, and Economical Sciences (ISSEP), a private French university that she founded in 2018.  She served in the French National Assembly as a member of the National Front party from 2012 to 2017.
Marion Marechal spoke on the topic: “The Faces of National Conservatism”

A transcript of this talk was published in the European Conservative:
https://europeanconservative.com/2020/02/the-faces-of-national-conservatism/