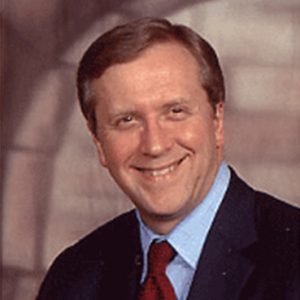 G. Philip Hughes has served in many senior foreign policy posts in the White House and the Departments of State, Commerce and Defense.

Ambassador Hughes’ began his public service career as an Assistant Analyst In the National Security & International Affairs Division of the then-newly-formed Congressional Budget Office and later — via a dissertation Fellowship in Defense Studies at Washington, D.C.’s Brookings Institution — he served as Assistant Director for Intelligence Policy In the Office of the Secretary of Defense.

In the private sector, Ambassador Hughes has led the National Council of World Affairs Organizations (now the World Affairs Councils of America), the network of nearly 100 World Affairs Councils in cities across the United States.  He has served as Managing Director for Washington Operations of the Council of the Americas, the New York-based association of the largest companies invested in Latin America — after which he led two bi-national business coalitions — the U.S.-Colombia and U.S. Bolivia Business Partnerships — from his position as Vice President of Manchester Trade.

Ambassador Hughes is a graduate of the University of Dayton and holds graduate degrees from the Fletcher School of Law and Diplomacy and Harvard University. A past-President of the Philadelphia Society, he just completed a 5-year term as Chairman of the Association for Diplomatic Studies and Training, headquartered at the State Department’s Foreign Service Institute.  He continues to serve as Senior Vice President and Secretary of the Council of American Ambassadors; as Vice President of the Foreign Policy Discussion Group; as Program Chairman and Board member of the Washington Institute of Foreign Affairs, and as Adjunct Professor of Diplomacy at the Institute of World Politics in Washington, D.C.