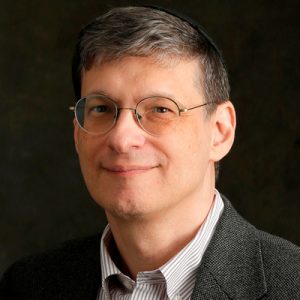 Yoram Hazony is the President of the Herzl Institute in Jerusalem and Director of the John Templeton Foundation‘s project in Jewish Philosophical Theology. His latest book The Virtue of Nationalism was recently selected as the Conservative Book of the Year for 2019 and was an Amazon #1 best-seller in both International Diplomacy and Nationalism. His work has appeared in The Wall Street Journal, The New York Times, Fox News, CNN, NPR, Time Magazine, The New Republic, National Review, Commentary, First Things, and American Affairs, among others. His previous books include The Philosophy of Hebrew Scripture, The Jewish State: The Struggle for Israel’s Soul, and God and Politics in Esther. In April 2016, he appeared with Morgan Freeman in the hit National Geographic miniseries “The Story of God.”

Dr. Hazony graduated from Princeton University with a B.A. in East Asian Studies and completed his Ph.D. at Rutgers University in Political Theory. He lives in Jerusalem with his wife Yael Hazony and their nine children.