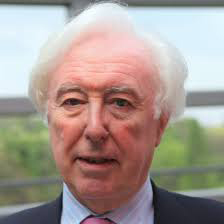 John O’Sullivan is currently President and founder of the Danube Institute in Budapest, international editor of Quadrant Magazine in Sydney, Australia, and associate editor of the Hungarian Review. John O’Sullivan is also currently a fellow of the National Review Institute and a co-founder and director of Twenty-First Century Initiatives, a DC-based think tank. In 1987-88, he served as a Special Adviser to Prime Minister Margaret Thatcher in Downing Street. He also served informally as a speechwriter for the Prime Minister, was the principal author of the 1987 Conservative election manifesto and was one of the small team that assisted Lady Thatcher in the writing of her two volumes of memoirs.