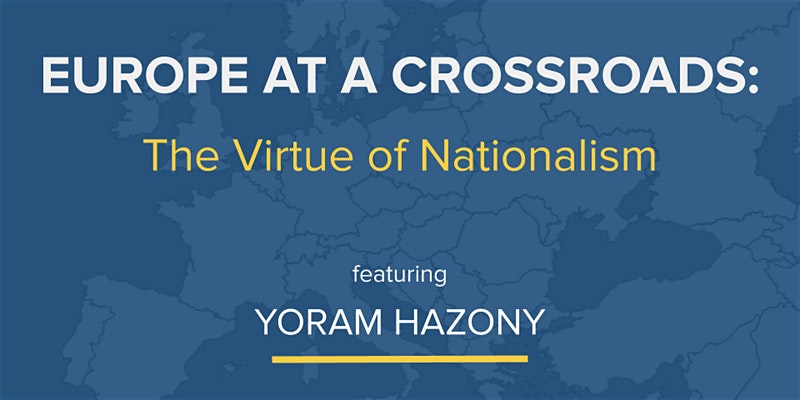 Europe at a Crossroads: The Virtue of Nationalism

Three decades after the fall of the Berlin Wall, Europe is once again at a crossroads. In the years since its creation, the European Union has become increasingly hostile to national identity and cultural uniqueness. Instead, the EU has opted to promote uniformity and impose decisions by fiat. That shift has proved unpopular throughout the Union: From the UK to Italy to Eastern Europe, Europe is searching for an alternative to the status quo.

On the eve of the EU Parliamentary Elections, please join us in exploring a more inclusive vision of Europe – one that respects the diverse identities, aspirations, and traditions of all EU member states and draws strength from their shared interests and common values.

This conference will mark the first London appearance by Yoram Hazony since the publication of his critically acclaimed, award-winning book, The Virtue of Nationalism. Dr. Hazony is an original thinker and a compelling speaker, and his book has received praise from reviewers across the political spectrum. Do not miss this chance to see him in the UK.