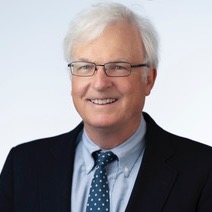 Scott McConnell is an American journalist best known as a founding editor of The American Conservative. He has written in the past for many publications, such as Commentary, National Review, and The New Criterion and was editorial page editor of the New York Post. His most recent book, Ex-Neocon: Dispatches from the Post 9/11 Ideological Wars, was published in 2016.

Scott McConnell spoke on the topic: “Is a Nationalist Immigration Policy Even Possible in West?”