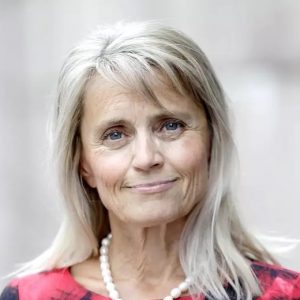 Päivi Räsänen is a medical doctor and has been a Member of the Finnish Parliament for 27 years. She is the chair of the Christian Democratic Parliamentary Group. From 2004 to 2015, she was the chairwoman of the Finnish Christian Democrats. From June 2011 to May 2015, she was the Minister of the Interior of Finland. She lives in Riihimäki with her husband. They have five grown-up children and 10 grandchildren. She is also a member of Riihimäki City Council and a member of Church council.

She has written several books from a Christian perspective, for example on marriage, abortion and euthanasia. Three criminal charges have been filed against her because of her Christian beliefs and she has been in court twice. The decision of the court comes on 30th March. The decision of the court has consequences not only to Christians’ freedom to express their conviction, but to everyone else’s also.

Päivi Räsänen spoke on the topic: “Defending the Foundational Rights in Europe”