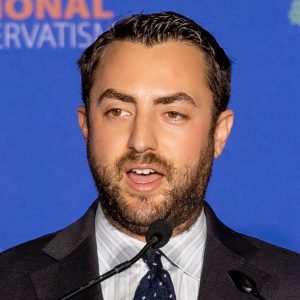 Josh Hammer is the Opinion Editor of Newsweek, a syndicated columnist, and a Research Fellow at the Edmund Burke Foundation, where he co-hosts its NatCon Squad podcast.  A constitutional attorney by background and former federal law clerk, Josh is a frequent commentator and campus speaker on political, legal, and cultural issues. His research for the Edmund Burke Foundation specializes in the Anglo-American jurisprudential tradition.

Josh Hammer spoke on the topic: “Transatlantic Lessons in Migration and National Identity”

An edited version of this talk was published in The European Conservative:
https://europeanconservative.com/articles/commentary/transatlantic-lessons-in-migration-and-national-identity/