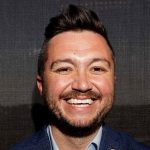 Terry Schilling is the president of American Principles Project. He is responsible for developing, coordinating and implementing APP’s strategy, messaging and grassroots activity at the state and federal level. Since taking the reins at APP, Terry has overseen its growth into the premier national organization defending the family in politics. He founded APP’s Big Family initiative, which aims to make the family into the most powerful special interest group in Washington, D.C. Through APP’s super PAC, he has also directed numerous election efforts, including campaigns in 2019 and 2020 to make protecting women’s sports a key GOP issue and a successful 2021 campaign to help secure victory for pro-family Virginia Gov. Glenn Youngkin.

In the past, Terry has worked in communications, development, grassroots, and management positions with Rep. Chris Smith (R-NJ), Sen. Sam Brownback, and various state and local candidates. Before joining APP, Terry managed his father’s race for Congress in Illinois. Running in 2010 on a shoestring budget in a district that had been Democratic for nearly 30 years, Terry led the Bobby Schilling for Congress campaign to a 10-point victory. He is a graduate of Franciscan University of Steubenville and a proud father of six. He, his wife Katie, and their family live in Virginia.

Terry Schilling spoke on the topic: “How to Defeat Gender Ideology”