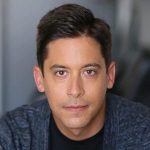 Michael Knowles hosts The Michael Knowles Show at the Daily Wire and The Book Club at PragerU. He also co-hosts Verdict with Ted Cruz. His writing has appeared in the Daily Wire, Fox News, the American Mind, the Daily Caller, and the Point, among other outlets. Mr. Knowles has lectured on college campuses and at research institutions throughout the country. His most recent book is Speechless: Controlling Words, Controlling Minds (Regnery Publishing, 2021).

Michael Knowles spoke on the topic: “One Nation Under God”

An edited version of this talk was published in the Daily Wire:
https://www.dailywire.com/news/christian-nationalism-americas-traditional-political-order