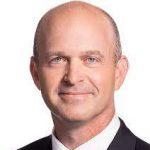 Kevin Roberts, Ph.D., is  president of The Heritage Foundation, which has been continuously recognized for its significant impact on public policy. Roberts previously served as the chief executive officer of the Texas Public Policy Foundation (TPPF), the largest state think tank in the nation.