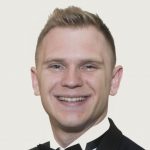 John A. Burtka IV is President and Chief Executive Officer of the Intercollegiate Studies Institute. Johnny began his career at ISI, where he served as a development officer. He returned to ISI after four years at The American Conservative magazine, where he served as Executive Director and Acting Editor. Johnny has appeared on Fox News and Fox Business and written for the Washington Post, the Richmond Times-Dispatch, First Things, the American Mind, and the Intercollegiate Review, among other publications.

John Burtka spoke on the topic: “Rediscovering the American School of Economics”

An edited version of this talk was published in American Compass:
https://americancompass.org/essays/dont-trade-on-me/