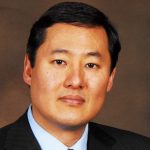 John Yoo is the Heller Professor of Law at the University of California at Berkeley. He is also a Nonresident Senior Fellow at the American Enterprise Institute, and a Visiting Fellow at the Hoover Institution, Stanford University.

Professor Yoo’s most recent book is The Administrative State Before the Supreme Court: Perspectives on the Non-Delegation Doctrine (AEI Press 2022) (co-edited with Peter Wallison).  Other books include Defender-in-Chief: Trump’s Fight for Presidential Power (2020); Striking Power: How Cyber, Robots, and Space Weapons Change the Rules for War (2017); Point of Attack: Preventive War, International Law, and Global Welfare (2014); Taming Globalization (2012); and Crisis and Command: A History of Executive Power from George Washington to George Bush (2010).

Professor Yoo has published more than 100 articles in academic journals on subjects including the Presidency, national security, constitutional law, and the Supreme Court.  He also regularly contributes to the editorial pages of the Wall Street Journal, New York Times, Washington Post, Los Angeles Times, and National Review, among others.  He was a columnist for his hometown newspaper, the Philadelphia Inquirer.

Professor Yoo has served in all three branches of government.  He was an official in the U.S. Department of Justice, where he worked on national security and terrorism issues after the 9/11 attacks.  He served as general counsel of the U.S. Senate Judiciary Committee.  He has been a law clerk for Supreme Court Justice Clarence Thomas and federal appeals Judge Laurence Silberman.  He has been a visiting professor at Seoul National University in South Korea, the Interdisciplinary Center in Israel, Keio University in Japan, Trento University in Italy, the University of Chicago, and the Free University of Amsterdam.

Professor Yoo supervises the Public Law and Policy Program, the Korea Law Center, and the California Constitution Center.  He also serves on the boards of the Pacific Legal Foundation, the Searle Freedom Trust, the Federalist Society’s Separation of Powers and Federalism Division, the Universidad Cientifica del Sur Law School, and the Asia-Pacific Law Institute at Seoul National University. He is a winner of the Federalist Society’s Paul Bator award.

Prof. John Yoo spoke on the topic: “National Conservatism and the Courts: Compatible or Contradictory?”