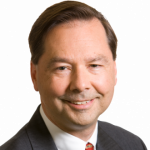 Hans von Spakovsky is a Senior Legal Fellow and Manager of the Election Law Reform Initiative in the Edwin Meese III Center for Legal & Judicial Studies at The Heritage Foundation. He is a former member of President Donald Trump’s Advisory Commission on Election Integrity. From 2006 to 2007, von Spakovsky was a member of the Federal Election Commission. He is the coauthor of  Obama’s Enforcer: Eric Holder’s Justice Department (HarperCollins/Broadside, 2014).