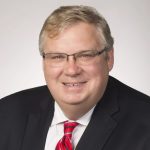 J. Christian Adams is the President and General Counsel of the Public Interest Legal Foundation. He served from 2005 to 2010 in the Voting Section at the United States Department of Justice Voting Section. President Trump appointed Adams to the Presidential Advisory Commission on Election Integrity. President Trump also appointed Adams as a Commissioner to the United States Commission on Civil Rights where he also now serves with a term through 2025. He has been involved in election law lawsuits in 28 states and the territory of Guam. He has represented multiple presidential campaigns in election litigation. He has a law degree from the University of South Carolina School of Law. He is a member of the South Carolina and Virginia Bars.