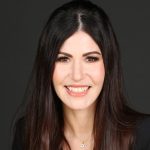 Amanda Milius directed and produced the most watched documentary of 2020, and one of the top political documentaries of all time, The Plot Against The President, proving Russiagate was a hoax. Previously, she worked in the Trump administration at both the White House and State Department, as Deputy Assistant Secretary for Content. Prior to working in politics, Amanda worked extensively in and around the film industry in Los Angeles. Her parents are both industry veterans, her father is one of the most highly regarded writer / directors in Hollywood, John Milius (Apocalypse Now, Dirty Harry, Red Dawn, Conan The Barbarian), and her mother is actress Celia Kaye.

Amanda Milius spoke on the topic: “A Salute to Director John Milius”