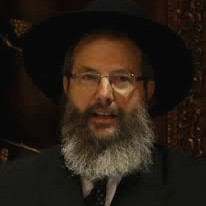 R. Menachem Zupnik is the venerated rabbi of Congregation Beis Torah U’Tefilah and one of the architects of the flourishing Orthodox Jewish community of Passaic, New Jersey. He lectures on Judaism internationally and is a featured teacher for the Torah Communications Network, among many other venues.

R. Menachem Zupnik spoke on the topic: “The Foundations That Must Be Repaired”