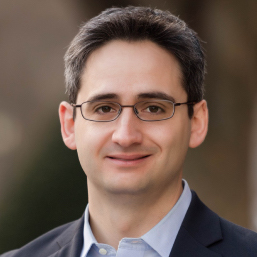 Oren Cass is the Executive Director of American Compass and author of The Once and Future Worker: A Vision for the Renewal of Work in America (2018). He is a contributing opinion writer for the Financial Times and his work also appears regularly in publications including the New York Times and the Wall Street Journal.

From 2005 to 2015, Oren worked as a management consultant in Bain & Company’s Boston and Delhi offices. During this period, he also earned his J.D. magna cum laude from Harvard Law School, where he was elected vice president and treasurer of the Harvard Law Review and oversaw the journal’s budget and operations. While still in law school, Oren also became Domestic Policy Director for Governor Mitt Romney’s 2012 presidential campaign, editing and producing the campaign’s “jobs book” and developing its domestic policy strategy, proposals, and research. He joined the Manhattan Institute as a senior fellow in 2015 and became a prolific scholar, publishing more than 15 reports for MI and editing its popular “Issues 2016” and “Issues 2020” series, testifying before seven congressional committees and speaking on dozens of college campuses.