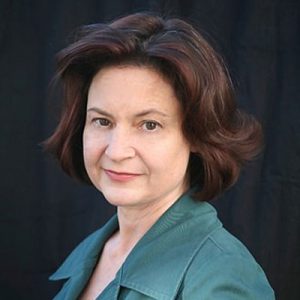 Mary Eberstadt holds the Panula Chair in Christian Culture at the Catholic Information Center in Washington, DC, and is a Senior Research Fellow at the Faith & Reason Institute. Her latest book is Primal Screams: How the Sexual Revolution Created Identity Politics (2019), with commentaries by Rod Dreher, Mark Lilla, and Peter Thiel. Other books include It’s Dangerous to Believe (2016), How the West Really Lost God (2013), and the novel The Loser Letters: A Comic Tale of Life, Death, and Atheism (2010). During the Reagan administration, she served as a speechwriter to both Secretary of State George Shultz and United Nations Ambassador Jeane J. Kirkpatrick.

Mary Eberstadt spoke on the topic: “Why Conservatism? An Open Letter to Young Americans”

An edited version of this talk was published in The Wall Street Journal: https://www.wsj.com/articles/millennial-genz-family-tradition-marriage-religion-woke-1619-systemic-racism-college-11636641758?mod=hp_opin_pos_2#cxrecs_s