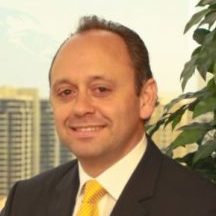 Marcell Felipe the founder of Marcell Felipe Attorneys. He is an international tax and corporate lawyer who has advised governments, heads of state, industry leaders and many others. In 2006, Mr. Felipe co-founded a company which today owns Miami TV stations Channel 41 and 48.  Mr. Felipe is also the founder of the Inspire America Foundation, an organization dedicated to promoting democracy in Cuba and the Americas. In 2018, he was elected to serve as Chairman of the new American Museum of the Cuban Diaspora in Miami.
Marcell Felipe spoke on the topic: “Why Cuban Americans get the Marxist Threat”