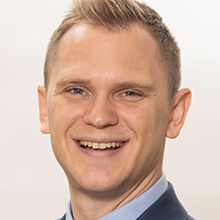 John A. Burtka IV is the President of Intercollegiate Studies Institute. He previously served as the Executive Director and Acting Editor of The American Conservative. He has appeared on Fox News and Fox Business. His writings have appeared in the Washington Post, First Things, The Intercollegiate Review, American Theological Inquiry, Touchstone, and The American Conservative.